BRINGING OUT THE GIMP by Shed Simove

A lot of people wonder how a product springs to life. The principle for bringing the gimp to life follows exactly the same basic pattern as launching any other idea, whether it’s a skyscraper, spaceship or symphony. All finished creations start as a mere thought in someone’s brain. And when you add action to thought, and throw in a sprinkling of talented experts for good measure, then anything is possible…

The idea for the gimp pen holder started in my deviant head. I find gimps funny. I especially find it amusing that that people seem to have a visceral reaction to the idea of a gimp, and some find it offensive, when in fact, it’s actually a fully clothed man. As Chandler from ‘Friends’ might say (if he ever appeared in an x-rated gimp related episode of the) sitcom, the gimp couldn’t be more clothed. So, I knew I wanted to make a novelty gift that involved a gimp.

The first step in making any idea come to life is to write down the idea. The second step is to bring it to life visually. You can do this with a simple sketch, like these ones: 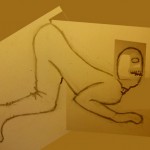 These sketches were enough for me and a talented sculptor I worked with, to agree on the basic stance of the gimp. The first one on the left was not quite right, so we created another one. Then we went through many clay versions – you can see some below.

You might have noticed that one of the first versions of the gimp included ‘bondage gloves’. I thought this would be authentic touch as these gloves restrict the wearer from using their fingers. But after seeing the initial clay sculpts, I felt that the seeing the clench of the fists was part of the overall comedy of the image and so in the finished article you can see individual fingers. 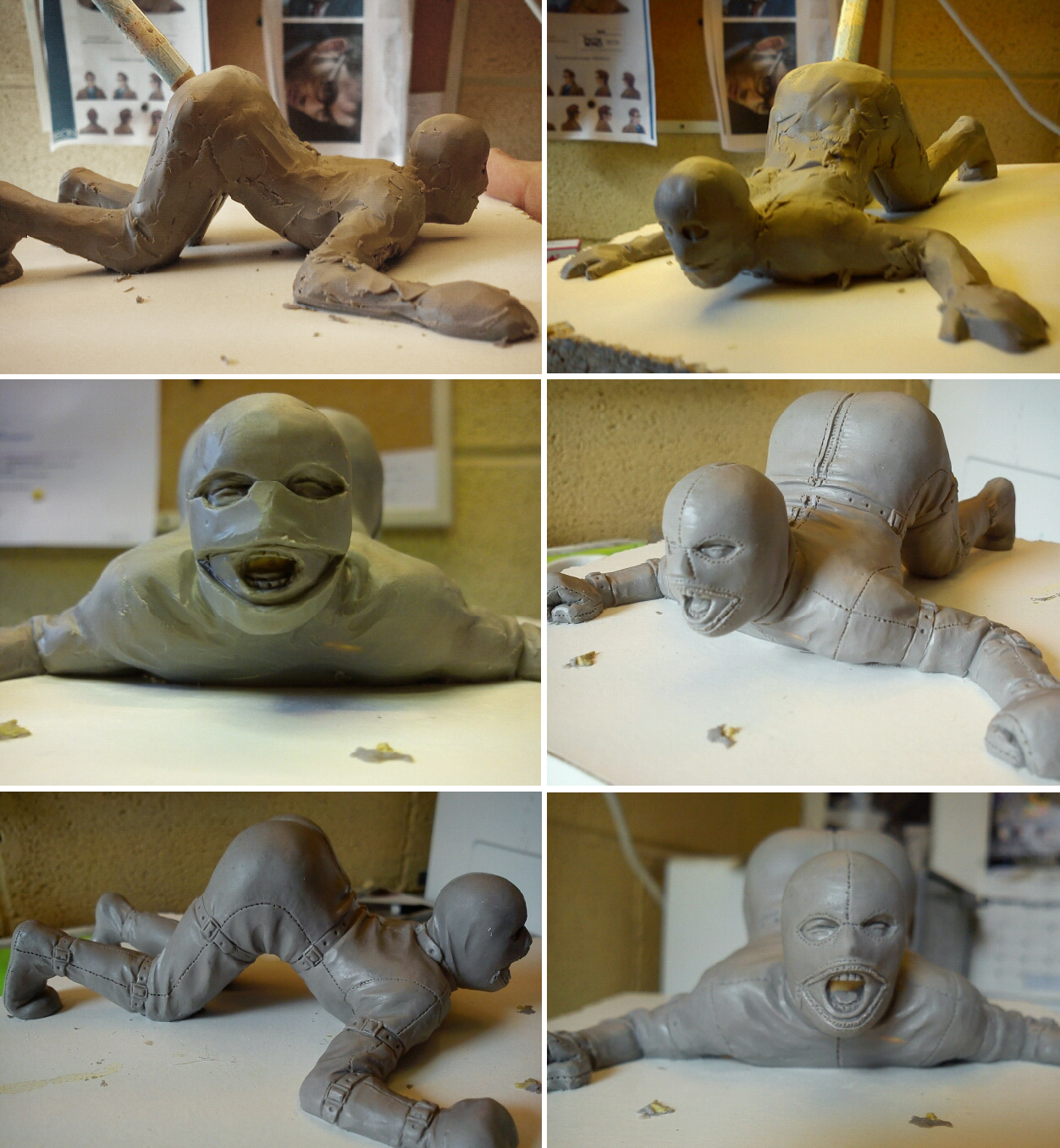 I wanted the pen that fitted into the gimp to have a real leather tassel attached, to mimic a leather whip that you could whip the gimp with. I went to great lengths to source an actual leather tassel that was the perfect length, so it had the perfect number of strands and hit the desk just right. It also took a long time to find the correct pen size that also had a hole fro the tassel ring. In the end, I chose a slim silver pen that fits the gimp perfectly. 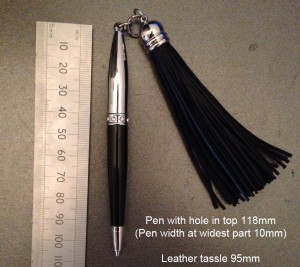 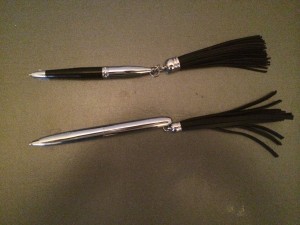 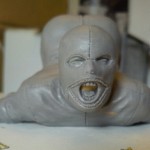